Last Friday was the first class day with my students. As the 7 graders home-teacher, I have planned an activity in order to build spirit within the classroom due to the fact that they didn't know me and that there were two new students in the group. It consisted of decorating the front class taking an original idea from pinterest (where several examples can be easily found) and then, the kids were told to choose a star and write their names on it. As a result, we got a colorful constellation representing us as a common group. I took advantage of it explaining the similarity with the class and the stars upon the sky, being me the guiding star. The activity took less than 30 minutes and it was a good introduction for both me and my pupils. 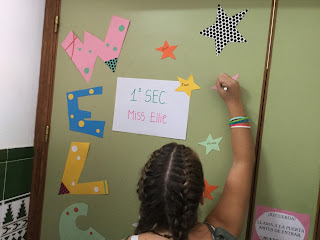 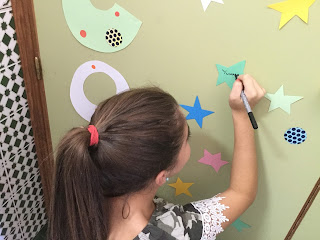 Here you have the original picture in which I inspired myself.

Email ThisBlogThis!Share to TwitterShare to FacebookShare to Pinterest
Labels: Teachers